Reginald China, a media technology instructor at Richland School District One’s Heyward Career & Technology Center, has been named the 2021 SkillsUSA South Carolina Advisor of the Year.China was presented the award virtually in June. It recognizes and honors his dedication to developing leaders in his role as a SkillsUSA advisor and as a career and technical education instructor, positions he’s held for the past seven years. 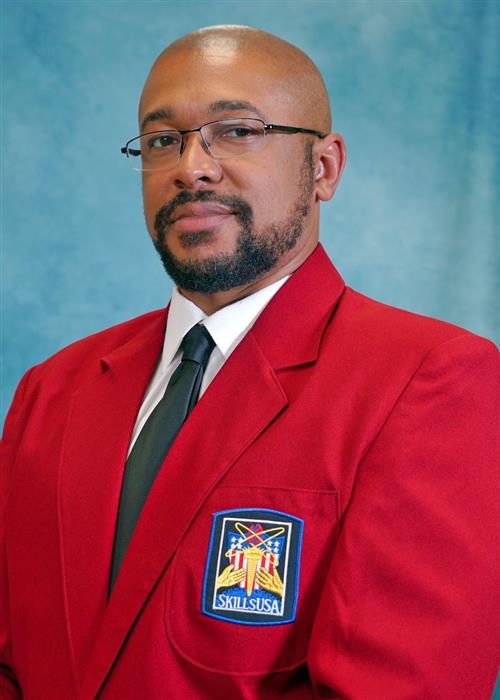 “It is a great honor to be recognized by the organization. I am humbled and grateful to represent the district in this manner and proud to demonstrate its excellence,” said China.

He credits the support of his school’s administration and the diligence of the students for his having earned the distinction. In addition to this award, the group was named 2020 Quality Chapter by SkillsUSA; earned third place at Lander University’s Film Festival; came in first place in film at the district’s Fine Arts Festival; and was selected for a screening at the nationally acclaimed Doko Film Festival.

China has led 14 SkillsUSA National Qualified students, accompanied members of the chapter to the S.C. State House and Washington Leadership Training Institute and attended various other leadership development initiatives with the students.

He was named the 2018-2019 Teacher of the year at Heyward Career Center and was a 2020 SCACTE Advisor of the Year nominee.