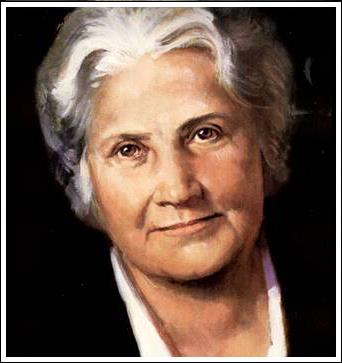 Maria Montessori was an Italian physician, educator, and innovator, acclaimed for her educational method that builds on the way children learn naturally.

She opened the first Montessori school—the Casa dei Bambini, or Children’s House—in Rome on January 6, 1907. Subsequently, she traveled the world and wrote extensively about her approach to education, attracting many devotees.

Using scientific observation and experience gained from her earlier work with young children, Maria designed learning materials and a classroom environment that fostered the children’s natural desire to learn and provided freedom for them to choose their own materials.

To the surprise of many, the children in Maria’s programs thrived, exhibiting concentration, attention, and spontaneous self-discipline. The “Montessori Method” began to attract the attention of prominent educators, journalists, and public figures. By 1910, Montessori schools could be found throughout Western Europe and were being established around the world, including in the United States where the first Montessori school opened in Tarrytown, NY, in 1911. There are now thousands of Montessori schools in countries worldwide.