The Richland One Board of School Commissioners 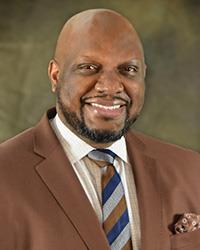 As a 1993 graduate of Keenan High School in Richland School District One, Commissioner Bishop holds a Bachelor of Arts in History from Savannah State University, a Master’s in Business Administration from Webster University and is working towards a Doctorate in Organizational Leadership at Columbia International University.

He represents Election District 1, an area west of Broad River Road up to Harbison and extends to the Fairfield County line. It includes St. Andrews, Eau Claire, Greenview, Meadowlake, Lincolnshire, Summerhill, Monticello, and Fairlawn. His term expires in 2022.

Commissioner Bishop is married to Jennifer Bishop, and they have one son, Peyton.

Email Commissioner Bishop at aaron.bishop@richlandone.org. His phone number is (803) 231-6984. 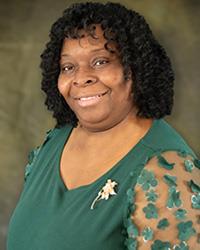 Cheryl Harris has over 22 years of business experience with expertise in human resources. She currently works on special projects as a Human Resource Generalist Specialist for various clients.  She is a proud product of this district and has served as a volunteer for over 13 years prior to her being elected in 2012.

She has a master's degree in business administration from South University. She is married to Robert Harris, and they have four children: Megan, Chandel, Evani and Robert Jordan.

Commissioner Harris represents Election District 4, which extends from the Sumter County line into the City of Columbia and includes all of the Lower Richland community and the Olympia area. Her term expires in 2024. She serves as Chairman of the Facilities and Finance Committee. 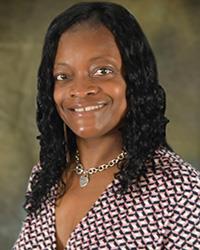 Angela has 31 years of work experience in retail, customer service and constituent services, for national retail businesses and local state agencies, including the Department of Social Services, Department of Health and Human Services, and Blue Cross and Blue Shield of SC. During this time, she also has served on several boards, including Fast Forward that assists the homeless veteran population and The Renaissance Foundation to provide cultural diversity education of elementary, middle and high school students. Through her years of public service within her community, Angela has performed work as a volunteer for mentoring programs for Richland District One students and college scholarship recipients.

Commissioner Clyburn represents Richland District One School Board in the At-Large position and was elected for her 1st term during the General Election on November 3, 2020. She is a member of the Curriculum and Instruction Committee. Her term expires in 2024.

Email Commissioner Clyburn at angela.clyburn@richlandone.org. Her voicemail number is (803) 231-7562. 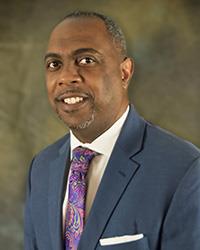 Jamie L. Devine is president and CEO of Community Assistance Provider, Inc. He attended Benedict College where he received a bachelor of arts degree in English.

He is married to Columbia City Councilwoman Tameika Isaac Devine, and they reside in downtown Columbia. They have two daughters and one son, Tamia, Jade and Jameson.

His voice mail number is 803.231.6985. He serves as Chair of the Curriculum and Instruction Committee. 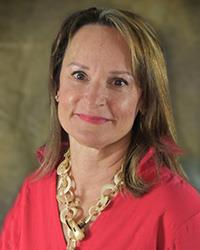 Beatrice King represents Election District 3. Her term expires in 2022. She is a member of the Administration Committee (Chair).

Commissioner King is a 1992 graduate of the University of South Carolina's MIBS program (Master of International Business). She earned a degree from Academie Commerciale Internationale, a business school affiliated with the Paris Chamber of Commerce. She worked in the software wholesale industry in Paris, then for AT&T and the former Columbia-based PMSC.

Commissioner King left the workforce to raise her three sons. For the past 10 years, she has been an active Richland One parent and volunteer. She is also actively involved with the Columbia Museum of Art, serving on the Education Board. 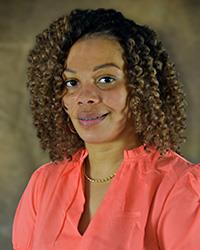 Tamika Myers is the CEO of Perfect Choice Promotions, LLC. She attended Morris College where she received a Bachelor of Science in Recreation. Commissioner Myers has over 10 years of Recreation experience in Richland County.

Commissioner Myers represents the At-Large seat. Her term expires in 2024.

Commissioner Myers has two daughters, Ti’Nya and Jalia. She enjoys showing her daughters the importance of volunteering and giving back to the community. 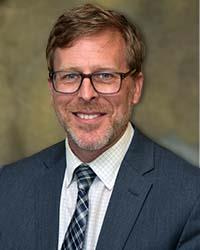 Robert grew up in Greenville before heading out of state for college and then law school. He returned to South Carolina in 2000 when he moved to Columbia.

As a lawyer, Robert represented men on death row in South Carolina and elsewhere. This work taught Robert a great deal about the effects of poverty and trauma on children. Robert also recognized in his clients’ stories the missed opportunities to help them when they were young. This recognition ignited in Robert a passion for working with children.

After a decade of practicing law, Robert became a teacher in Richland One. He spent seven years in the classroom teaching at Hand Middle School and Dreher High School. During this time Robert also co-founded a non-profit that provides long-term, intensive support to students and their families and advocates for public education. Robert is now the full-time executive director of this non-profit.

Robert lives with his partner, Jen Davis, and his son Ryan, who is a junior at Dreher High School. Robert’s older son, Will, graduated from Dreher in 2020.

Robert was elected in October 2021 to fill an at-large position vacancy. His current term expires in 2022.